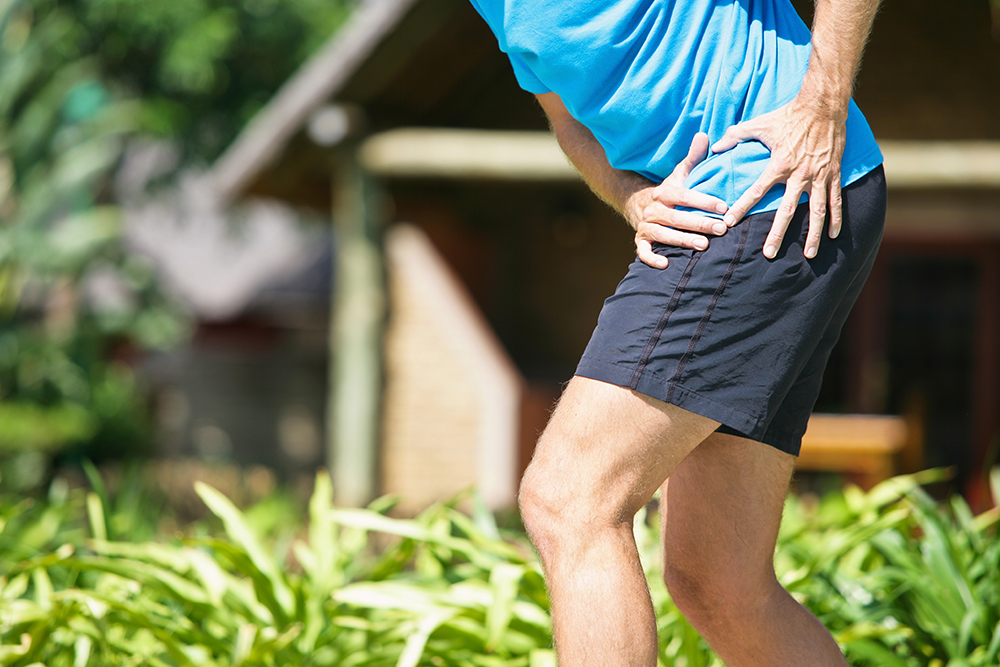 There is a common assumption that debilitating hip and groin pain is a problem exclusive to middle-aged adults and seniors. However, there is now growing recognition among coaches and trainers that hip and groin pain caused by femoroacetabular impingement can also affect young athletes. With proper diagnosis and treatment, these athletes can return to their sport of choice without pain and may even avoid or delay the onset of arthritis in their hips later in life.

What is femoroacetabular impingement (FAI)?

FAI is a painful condition that occurs when the bones of the hip have not formed normally. In a healthy hip, the head of the femur (thigh bone) is rounded and moves smoothly in the hip socket. In a person with one type of FAI, the head of the femur resembles the shape of a pistol grip, rather than being round. The effect is that when the person with FAI goes through range of motion and flexes his or her hip, the bone pinches the soft tissue around the socket that holds the joint in place. Over time, that tissue starts to tear. There are other types of FAI as well.

What are the symptoms of FAI and how is it diagnosed?

In a typical case of FAI, the pain is persistent and is aggravated by activity. Doctors suspect FAI when the patient’s pain does not respond to either pain medications or physical therapy.

The boney abnormality characteristic of FAI shows up on an X-ray, and an MRI (magnetic resonance image) will reveal the tearing of the soft tissue and possibly the articular cartilage in the joint. There will also be an absence of signs of arthritis. The diagnostic process often includes an injection into the hip. If the injection initially calms the inflammation but the pain subsequently returns, your doctor may then initiate a conversation about surgery.

What does surgical treatment entail?

The surgical treatment for FAI is called hip arthroscopy. There are two general types of hip arthroscopy and the recommended procedure depends on what the MRI shows. In a young athlete, an orthopedic surgeon is likely to recommend an arthroscopic repair. This entails reshaping the head of the femur and repairing by anchoring in place the labrum, which is the ring of cartilage around the hip socket that provides joint stability. In older patients suffering with FAI, the orthopedic surgeon may recommend simply trimming off the injured soft tissue inside the joint.

What happens during hip arthroscopy?

The procedure is performed through a series of very small incisions using special instruments designed for minimally invasive surgery. The surgeon inserts an arthroscope containing a miniature camera into one of these tiny cuts and performs the operation while viewing the inside of the hip on a large digital monitor. This is same-day surgery and patients are generally discharged on the afternoon of the procedure.

Full recovery following hip arthroscopy typically takes months, during which time the patient works with a physical therapist to strengthen the joint and regain full range of motion. Once the joint is sufficiently strong, the young athlete can be released to participate fully in the sports of their choice. I counsel young athletes to consider the hip repair as an investment in their future sporting activity.

While hip arthroscopy for FAI is still a relatively new procedure for young athletes, it has demonstrated good outcomes. Our goal with this surgery is to get young athletes with FAI back to playing their sports at full capacity with no pain and with greater longevity. Additionally, by repairing both the boney structures and soft tissue, we believe hip arthroscopy may reduce the risk of developing arthritis later in life.

Dr. Yaseen is an orthopedic surgeon with special expertise in sports medicine. She serves on the medical staff of Cayuga Medical Center and is in practice with Orthopedic Services of CMA, where she can be reached at (607) 272-7000 in Ithaca and (607) 428-8004 in Cortland.