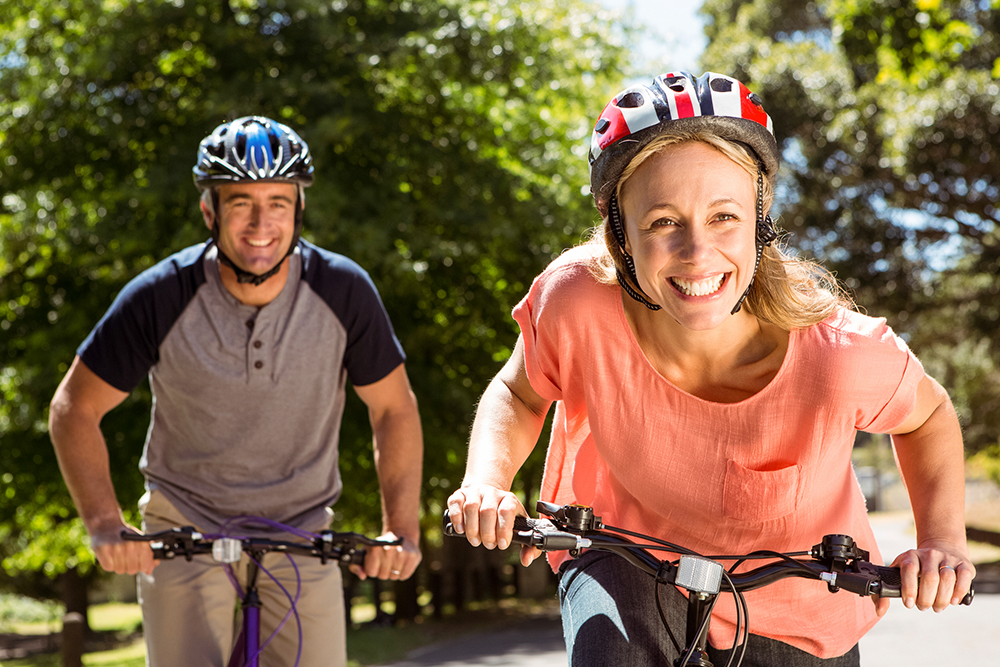 Like many Tompkins County residents, I enjoy riding my bicycle during the summer. In an ideal world, we would be able to ride for the simple pleasure of being outdoors in beautiful surroundings, without having to pay close attention to safety issues. However, as an orthopedic surgeon, I am all too familiar with the risk people on bicycles and motorcycles take when they do not drive defensively. Every summer my colleagues and I see too many serious injuries and deaths resulting from bicycle and motorcycle accidents.

In taking care of the cyclists who survive accidents involving cars, the most common response we hear from the driver of the car is, “I never saw him!” This often occurs when the driver is making a left-hand turn at an intersection (or anywhere along a road) and in doing so, pulls directly into the path of a cyclist riding through the same intersection. It also happens when a driver at a stop sign looks for oncoming cars and seeing none, pulls out of the intersection and into an oncoming cyclist.

Even when they see each other coming, we hear about perception problems on the part of motorists and cyclists who are involved in accidents. Drivers and cyclists both misjudge how fast the other vehicle is traveling toward them. Motorists, in particular, miscalculate the speed of the oncoming bicycle and assume they can make their left-hand turn at the intersection before the bicycle reaches it. Cyclists may have the right of way in these cases, but if the car driver does not see the bicycle or motorcycle, the cyclist may end up in the right but seriously injured nevertheless. When I am riding my bicycle, I ride with the assumption that cars and trucks do not see me and I act accordingly.

Given that we know perception problems on the part of drivers cause accidents, bicycle riders should understand that the problem is compounded when pulling a child behind you in a trailer. Some of these carriages ride so low that drivers don’t see them at all, which puts the child at risk. We have found that even motorcycle sidecars are unsafe in many situations because, like the baby trailers, drivers often don’t see them.

Following the rules of the road

Following the rules of the road is a basic tenant of cycling safety, yet some cyclists believe the traffic laws pertain to motor vehicles only. We’ve all seen bicyclists slow down at traffic lights and stop signs, and then slide through the intersection. While the majority of riders obey the law, those who don’t run the risk of major injury because they can misjudge the speed of oncoming cars or simply don’t see them. Stopping at traffic lights and stop signs eliminates this risk. Bicyclists can make a left-hand turn as a pedestrian and obey the traffic lights by dismounting and taking the crosswalk, without running through a red light.

While it is great fun to ride fast, it increases your risk of losing control when you encounter too much dust or loose gravel in the road. When cyclists ride through oil on the road while traveling at high speed and the tires become covered, it can become difficult to stop. All of these problems are easier to handle safely if the cyclist is traveling at a safe speed. I encourage cyclists to travel down the Ithaca hills slowly and to take curves at the bottom very slowly. Pedestrians, dogs, and other animals may not see you coming and these collisions injure everyone involved.

Defensive driving also means watching for the unexpected and staying a reasonable distance behind vehicles ahead. We’ve treated cyclists injured by things falling out of trucks and hitting the cyclist or landing directly in the path of the cyclist. Metal bridges with grates and uneven or broken road can trip up the best cyclists when tires get caught. And collisions with chasing dogs can result in broken legs for both the cyclist and the canine.

Cycling accidents can result in very bad injuries that cause permanent disability and even death. When you climb on board your two-wheel vehicle this summer, whether it is a bicycle or a motorcycle, please ride defensively. I would rather pass you pedaling on a country road than see you at the hospital.

Dr. Dugan is board certified in orthopedic surgery and serves on the medical staff at Cayuga Medical Center. He is in practice at Orthopedic Surgery and Sports Medicine in Ithaca and can be reached at (607) 272-7000. Dr. Dugan completed his residency in orthopedic surgery at the renowned Hospital for Special Surgery at Weill Medical College of Cornell in New York City. He earned his undergraduate degree from Cornell University and went on for his medical degree at SUNY Buffalo. He then completed his surgical internship at North Shore University Hospital in Manhasset prior to his orthopedic residency.